Here are four relays and an ice cube.

The four relays shown above are called ice cube relays because they look like ice cubes. But what does a relay actually “relay” and why is it so called?

A relay is like a switch but “an electrically operated switch”. It has a coil wound over an armature and a set of electrical contacts that are operated by a leaver that moves by the magnetic force of the armature, whenever a small current flows through the coil (Fig-1). Typically, a fraction of an ampere of current in the coil of the relay is enough to operate the relay. This can happen when a control voltage (typically 12/24/48V) is applied to the relay coil (Fig-2). In actual use, a temperature switch on sensing high temperature can close as shown in the figure (Fig-3) to do this. With some current in the coil, the armature becomes an electromagnet which pulls the leaver and closes or opens a set of contacts. The contacts of the relay are capable enough to switch ON or OFF large loads that may carry large amount of current to start or stop large equipment safely and conveniently.

So the relay takes information from one circuit (the low power 12 V circuit) and relays it to the high power supply circuit, like in a relay race and hands over the baton to the next runner. 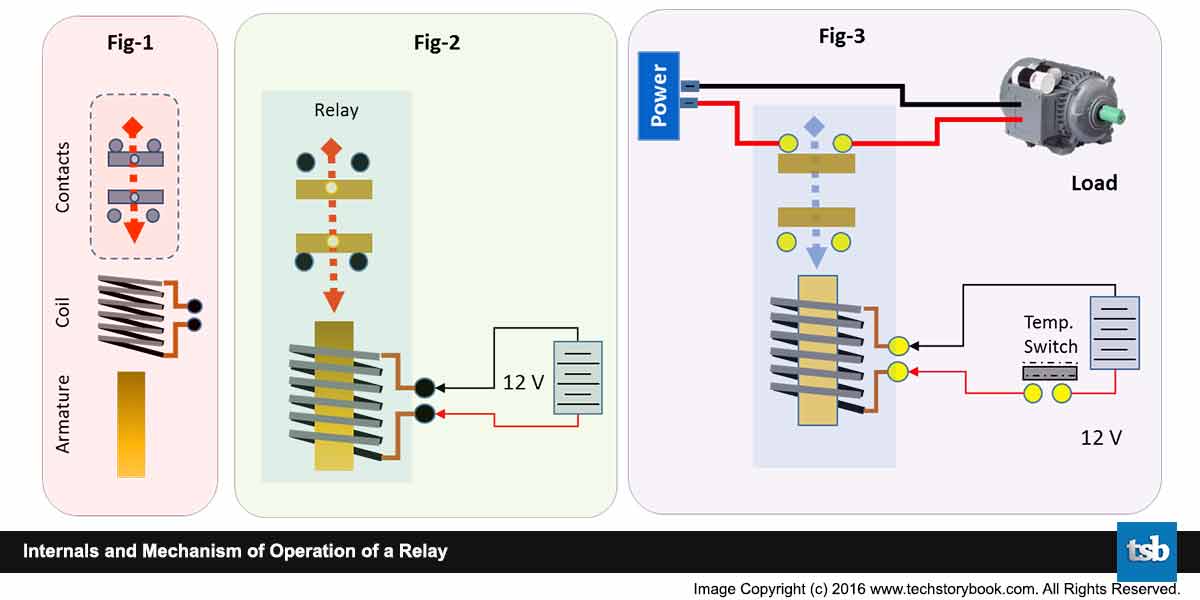 In a complex process plant with lot of interlocks and protection for the plant, equipment, people and processes, one has to be absolutely sure that a particular relay actually operated and did what it did. It should be also possible to know the exact time of the operation of the relay so that it can be related to other events of the plant. Without this info, it will not be possible to troubleshoot the root cause of problem so that such problems do no reoccur. If the relay is associated with a major equipment, it is also mandatory to resolve the root cause before running the equipment again so that, equipment, process and people are not exposed to hazardous conditions. To be able to do all these relays used in process industries have three basic features/components.

Depending on all or some of the features (as described above) required on trip relays, engineering department does a cost, risk and benefit analysis before making a final choice during design.

At one particular power plant, under voltage relays used for a similar duty were simple self-reset relays with self-reset LEDs as flags. During the reliability run, there was a transient under voltage. The relay operated, tripped a low voltage feeder which resulted in tripping the unit. After the transient under voltage the relay got self-reset. Since relay flag had reset, it became impossible to know which relay operated. This was clearly a wrong choice for a relay. Changing all these relays was difficult, costly, and time consuming. 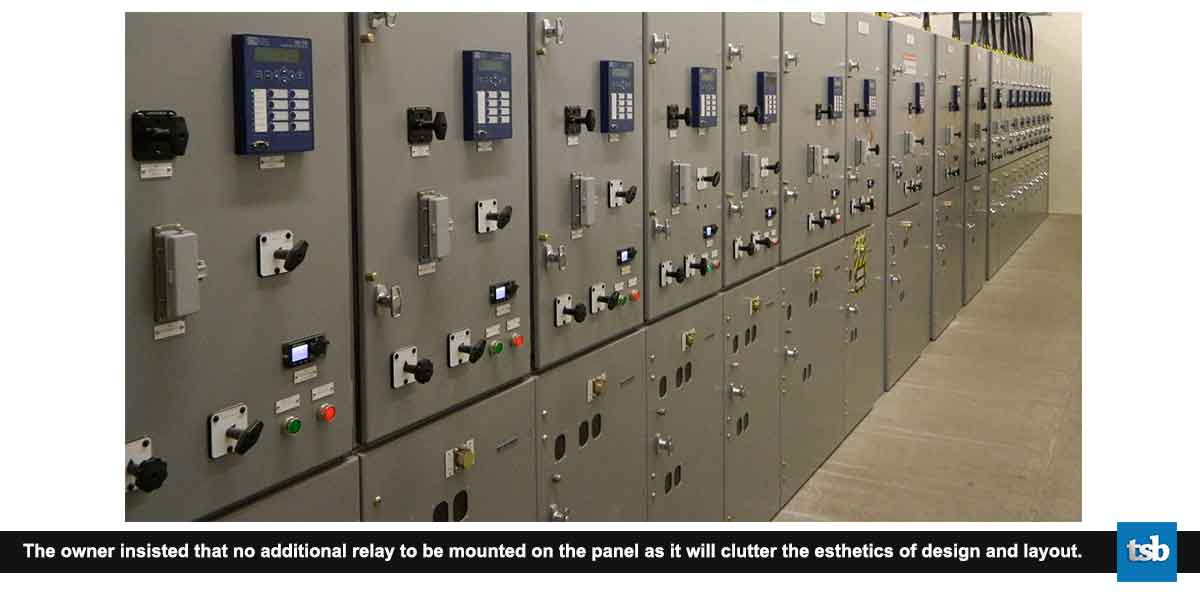 It was not difficult to design a modification to operate another manually resettable relay that can be mounted some distance away from the U/V relay and achieve what was required. But that would mean delay in getting these relays procured, installed, and wired. This would also make the design less reliable by adding another component in the protection circuit. We were trying to calculate additional budget, schedule etc.
But deep inside me a question kept on popping up - is there no other way to do it?
What if we do this ......, What if we do that.....?, And so on and so forth.

Consider this.
The U/V relay was a three phase relay. One side the relay had four terminals for R, Y, B, and N for voltage inputs. On the other side of the plastic box were one NO and one NC contacts. Also on the relay, there was a small plastic leaver to push a leaver that changes the contacts to operate position (if you want to simulate a relay operated condition without actually operating the relay electrically). The NC contact was used for tripping the MCC. The second NO contacts were left unused. The relay did not take any external power and was powered from the voltage inputs it was monitoring and normally remained picked up. In case there was under voltage the relay dropped.

There was so little to play around and experiment with, it seemed impossible to latch the relay in operated condition and make it manually resettable without an additional relay and power supply. But hold on.

It is difficult to comprehend how a small wiring change could achieve all features required.
1. No additional relay was required, so the reliability was not compromised.
2. The relay remains in the active state (dropped state) and the LED flag lit even after the transient event.
3. The operator has to reset the relay before the plant can restart.

This was a huge achievement. The job was completed on several (some 23 of in total) of these relays quickly and easily. The simplicity of the solution suggested from site commissioning team surprised the engineering team who have been contemplating the conventional method of adding another relay, power supply and reset button. A demonstration was made for the client who refused to believe that the solution can be this simple. They not only agreed to the solution, but appreciated the method. But hold on there is even more.

The best part of the story was yet to come. One of the client engineers during the demo session stated that they have a similar problem at one of their plants and now they know how to resolve it easily.

I read somewhere “Imitation is the highest form of appreciation”.