by Jitu Mahapatra
Techstorybook
author page
Be the first to comment! On the Job Thursday, 26 May 2016

His name was Russell. I do not remember the last name. He was the construction manager at a project site in US I worked. Russell was in charge of Gas turbine and generator. That was summer of 2002.

That was my first project in US. When the gas turbine was ready for first fire I thought there will be some small - at least namesake - Puja, before the big event. But nothing of the sort was even thought of. The turbine was fired up and synchronization was attempted on a regular Monday morning like any regular job. When synchronized, several generator protection relays operated and the turbine tripped. It was a huge embarrassment to me because I was responsible engineer for this activity although I was not allowed to do as I wanted. I went to Russell and asked how the protection CT circuit wiring can be checked since no short circuit test is being done. Without doing this test, it is not possible to ascertain if there are problems in the CT installation, polarity, wiring hook up, relay set points, etc. 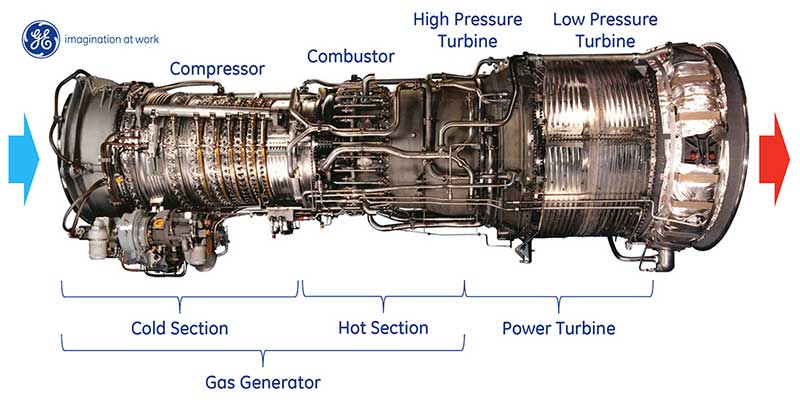 He gave me a blank look and said "Everything has been done as per drawing and it should work. If it is not working, we will find out and set the baby rolling" - in typical Cowboy style - that is so popular in that part of US.

So two more days of circuit testing and checking was done. Some small tit-bit problems like lose wiring, missing wire number were found and rectified. Then on the third day "the baby was rolled and synchronized". The turbine again tripped on Generator differential, backup line fault and a bunch of other relays.

Russell was frustrated but defiant - "We will find out and synchronize before we go home today. Let's get back for lunch and meet here after two hours" he declared. I was wondering how the hell he is going to find all these problems without doing some sort of checking of the CT circuits with some primary current flowing in the generator.

Over his lunch table, when I explained this to Russell, he simply said, "We don't do that here".
"Then how do you do it here?" I asked.
"We follow the drawings, follow the procedures, and the thing works" he sounded absolutely clear.

We were cultures apart. Russell was a west Texan, engineer. Drawings, instructions and procedures are all that he cares for. I realized I have hit a wall. After lunch people were back for further action. From out of nowhere I remembered how we do a small Puja before we start any important activity. I tried to explain the concept of Puja to a bunch of Texan technicians who were more like cowboys in the following words.

"In India we are reminded of God whenever we start something important or new. We believe that everyone who has worked for this has contributed his best for it, but there is always something that needs the grace of the God. We seek blessings of the almighty by offering sweets, lighting incense sticks and breaking coconuts. Then we take the name of the God and push the button". Short and sweet.

Although I was not suggesting a Puja, everyone in unison said "We will not need that here Jitu". We did not attempt to synchronize in the evening that day. We thought the problem will surely reoccur if we try again without us resolving the issues. Before leaving for home that evening, Russell came down to my desk and asked what we can do the next day. He was not suggesting that we do a Puja, but clearly there were tell-tale signs of my explanation of Indian concept of Puja on his face. I told him we have to find the problems - by hook or by crook. We both returned home with small question marks on our faces.

I thought through the problem throughout the night - my Indian "jugaad" mentality at its surgical best. I realized something else (other than a short circuit test) that can possibly be attempted to check the CT circuits to resolve the problems. Following is the description of that possibility.

When a gas turbine is synchronized, from standstill to about 1200 rpm, it is run up like a synchronous motor, and from then to full speed like a turbine. There is a system called LCI which generates variable frequency (from 0 to about 20 hz.) and takes the generator to this intermediate speed of about 1200 rpm. We follow the drawings, follow the procedures, and the thing works ! At this speed, gas is introduced at the inlet of the turbine. The initial stages of the turbine compresses the gas which is then fired in the later stages of the turbine. After reaching this intermediate speed but before gas is fired, there is a time window of 15 minutes. During this window, the generator is working like a synchronous motor running at a speed of about 1200 rpm. This means that during this window, some currents at 20 hz. is flowing on the generator winding. If this currents can be measured and compared all the problems of relay mal-operation can be found out.

Armed with this information I met Russell and told him my plan. My request was, once the turbine was at the intermediate speed, I will move in and do some checks. If I find problems I will correct them on the fly. Once I finish my tests, we can fire and go to full speed to synchronize.

And then Russell told me his plan. He has got himself a couple of coconuts from Walmart. We can break coconuts before we synchronize.

We rolled up to the intermediate speed. I took measurements. Found out a few wiring mistakes, corrected them on the fly and flagged them for full speed. After coconuts were broken Russell looked at me. I gave him a nod and walked out of the room. The unit was synchronized without any more problems.

The news about this incidence reached more people. I was requested to describe my procedure to some more people of the team. On conference, there was a very senior protection engineer, who addressed me as "Son" and requested me to explain what I did. I did that - in complete silence. Then he asked if everyone present understood and agreed with the smart solution given by this engineer from India. Then he enquired if this procedure can be followed on other project sites and thanked me.

« The Constipated Paddle Feeders The Fire that snatched away my Mughlai Chicken….Nearly! »