More often we hear engineering and construction feats that technical staff at project sites achieve under extreme and challenging conditions. Acquiring land required for the project, and managing the expectations and aspirations of local people and land oustees is a challenge that is faced by and left to HR department (erstwhile P&A dept. of the hey days). Heroic stories of personal risk-taking beyond the call of duty from the early phases of project life are neither popular nor shared widely. Here is a story that I was involved first hand as a young executive in NTPC, which left a lasting impression on me.

On a cool January morning in early 90s, our boss, one Mr. Jha, the head of HR department at a Talcher Super Thermal Power Project – those days under construction in Odisha - was chairing a departmental meeting in his project office in the then H-block buildings, a temporary block of tin sheds. At about 11 AM, the head of Civil Construction group barged into his office chamber seeking protection for his life. He was a hefty six feet high, tough and seasoned civil engineer. I knew him as a hardcore project construction engineer, responsible for construction of Project Township. His visibly shaken look was very disturbing. Let’s call him Mr. Singh.

Mr. Jha took a while to react to the situation. He suspended the meeting but requested the project Industrial relations (IR) officer to stay back. He then advised Mr. Singh to sit quietly, offered him a glass of water and asked him to narrate the incident in detail. Mr. Singh revealed that, he had to literally run from the construction site, where the project township construction was starting. He was very agitated and conveyed that the P&A department must first acquire the land (probably meaning physical possession) and ensure due protection of the construction engineers, before commmencing work on any particular piece of land.

I could understand from his narration that a group of agitated villagers/ land oustees had gathered at the construction site with country made weapons and lathees. They abused and threatened Mr. Singh. As per them, the township construction was being done on land for which the land compensation had not been paid and no rehabilitation assistance that they deserve had been extended. Mr. Jha called for the records of this particular land and found that the referred land was a part of Govt. land, leased out to NTPC. Some local unauthorized people had occupied that for years and thereby had the presumption that the land belonged to them.

Mr. Jha then called for both his Industrial Relations officer and Land Acquisition officer for a brief discussion on a strategy to deal with the situation. I had just finished by tenure as an Executive Trainee (Personnel) and got posted as a Personnel Officer at the project site. Since I was the junior most in the Department and was not really understanding anything about the issue at hand, I really did not know what to do other than silently watch the drama that was unfolding in the office.

Jha Sa'ab, as we call him with respect, had a very direct and forceful personal style. He asked Mr. Singh, to take him to the exact location where the incident had occurred, and wanted to visit the spot right then and there. He then came out of his office and finding that his official jeep had gone for maintenance, took out his own car, a Maruti 800 and asked me to accompany him. Without much understanding, I found the episode quite engrossing. So I followed him like an obedient soldier. 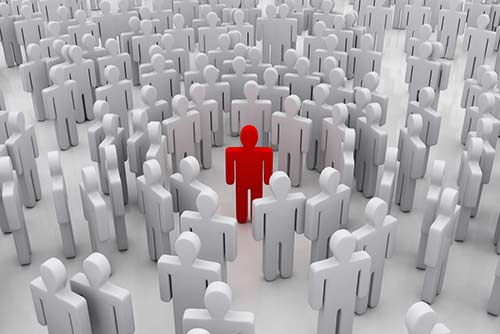 We drove out of the plant, following the road leading to the township construction site. We stopped at the end of the motorable road, and started walking towards the spot where the first D-type Quarter of the Permanent Township was to be constructed. Mr. Jha was leading the walk like a commander, his body language telling us that he knew exactly what he was doing. I was virtually running to catch up with him. Mr. Singh, stayed behind, at a reasonable distance, probably to ensure his personal safety from the agitated and shouting locals/ villagers/ land oustees, armed with stones, lathis and other weapons.

Mr. Jha stood firm, right in the middle of the patch of land and in his characteristic bold fearless style, advised the unruly crowd to get away. The angry mob was threw filthy abuses and threatened to cut us in to pieces, if we did not vacate the place. My mother tongue was Odia, and I easily understood what was going on with the agitated mob. I kept on providing censored real time translations of what the mob was talking about to Mr. Jha. It was probably the first time I saw a fearless HR professional taking on an unruly mob.

Mr. Jha, at the peak of his voice roared back at the mob, "Kisiki himmat hai to mujhe chooke dekhe. Ye Bharat Sarkar ka project hai. Jo bhi isme badha dalega jail jane ke liye tayar rahe. Baki agar kisika koi samasya hai, office me ake tarika se baat kare. Hum log tayar hai sunne ke liye. Koi gundagardi yahan nahi chalega". (“If anyone has the courage to touch me, come and do that. This is a project of the Government of India. Anyone trying to create any problem get ready to go the jail. If anyone has any concerns, we are ready to listen. But no hooliganism will be tolerated".)

The mob was stunned at the sheer decibel of his voice, and the manner of ownership with which it was delivered. Here was a man that represented the Government of India, and this piece of land belonged to him. And he was ready for anything. That time, no one thought somebody could shout at the locals like that. Everybody in the mob was on the back foot. The crowd dispersed within no time. Work resumed even before police could reach the spot.

On our way back to office, I sat in the car while Mr. Jha drove his Maruti 800 humming his favorite old Kishore Kumar number. After few minutes of quiet contemplation, I gathered some courage to ask him. “Sir, App ko dar nahi laga, aise logon ke beech me jakar… (Sir, were you not afraid to walk into a mob like this?) He smiled and told me… Panigrahi, I wanted to build confidence in our construction group to work fearlessly. I wanted to send a message to the unruly locals that we will not tolerate any non-sense. I gathered the facts and understood that we were on a strong footing. In the situation, I had little choice but to act. I know I took some risk, but it was a calculated risk”.

I asked, “Sir, what was the logic of taking a young newbie like me to a hostile place like that”. He again explained. “I wanted you to get a first hand experience of the practical aspects of handling people under difficult situations. I also wanted you there to translate and help me to understand what they meant. I wanted you to know that HR is not about preaching, but about practicing, about taking responsibility and ownership. I want you to take much bigger challenges in your professional career ahead.”

These words were one of the greatest learnings during the formative years of my career. I developed an ubiquitous self-confidence, a never die spirit and a respect for my profession.

What can Elevators and Escalators tell us about "Variance" »