This story is from my experience while I was working at the Auriya Gas Power Project (AuGPP) of NTPC. I remember this story vividly; like it happened yesterday.

When this incident took place I was posted in the HR (erstwhile known as P&A) department and was looking after Administration. During those early formative years, the project was my learning ground. Being at the initial stage i.e construction, the project was a hub of activities. I was simultaneously involved in many complex and hectic activities, dealing with administration, security related issues, liaising with State Government Authorities and interaction with local people, etc.

One of the most sensitive activities was that of recruitment of non-executive manpower from the local population at the project site. NTPC was and still is known for its stringent & well laid down systems and procedures for providing equal opportunity during recruitment. We were taught to adhere to the best of the practices.

However, the incident described here is about a recruitment exercise undertaken by CISF (Central Industrial Security Force) deputed at the project for providing security to our plant & township, which did not go very well. 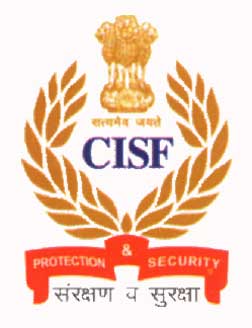 Besides other HR functions, I was entrusted with the Administration activities including Security. We had CISF deployed at different locations of the plant & township. The entry gates of both plant & township were adjacent to each other and an internal road from the township was connected to plant. To my understanding, this was one of the very few plants where CISF was deployed in Project Township. The security of entire Project area was entrusted with CISF. CISF is well known for providing effective security and have been doing their duty well. Being a small township the internal peripheral road ran by side of the boundary of the township and CISF used to patrol it during the night.

We had a Gas Authority of India Limited (GAIL) gas power plant near our project site. Shortly CISF was supposed to be introduced at the GAIL plant also. Since CISF was already taking care of AuGPP, it was also decided to deploy CISF at the Gail Plant also. Thus GAIL authorities wanted our help in initiation and deployment of CISF security at their project. We extended all necessary help to GAIL to carry out the survey for this deployment which is a complex process involving manpower study vis a vis security points. We helped GAIL executives in formulating and assessing their CISF manpower and finalisation of the same. At that point, we never knew we were initiating something which would land us in a tricky and risky situation.

It so happened that, after the survey to assess the requirement of security personnel and other modalities were finalised, it was time to initiate actual recruitment of manpower. Since it was CISF personnel recruitment we (NTPC) had nothing to do with its processes. What happened during the process of recruitment left a lasting mark in the memories of whosoever was involved.

One fine morning when we were going to plant via the internal road we saw distance marking signs on the peripheral road of our township. A few days back CISF had requisitioned three rooms in our guest house for their senior officers visiting AuGPP from some other locations. We thought it must be a normal routine visit. We could not relate the distance markings on the peripheral road of the township to anything in particular and continued our daily routines. It was around 11 am when the guest house supervisor called and informed about a gathering of young men in front of the township gate. He also informed us that the crowd was gradually swelling. The township gate at AuGPS is just in front of the guest house and any activity at this gate was visible from the portico of the guest house. I asked my supervisor to enquire from the young men about why they had gathered at our township gate. I was surprised when I was informed that the crowd had gathered to participate in a local recruitment drive for CISF Jawans. By that time the crowd had swelled to about 1000. Then it struck me that the distance marking which I saw on the peripheral road of the township was marked by CISF people for the physical test (running) of the aspirants of the CISF job.

When we enquired from Deputy Commandant (CISF), he confirmed the same. Our next question was that did he not think it was prudent to let us know about it ? We also asked why he did not seek permission from AuGPS authorities about holding such an exercise inside our township. For this, he had no reply. By now the number of young aspirants outside gate had increased to about 3000. Our township at AuGPS was small as all gas-based plant require less land space for plant and township. We were at our wits end as to how we could tackle the developing problem. The Deputy Commandant, CISF and other officials who had arrived from other places decided to begin the recruitment drive with a physical test of running. Our peripheral road was around 3 km in circumference. The visuals were scary. We saw about 5000+ aspirants sprinting in all sorts of running attire all over the peripheral road. CISF authorities neither had the manpower nor other resources to handle or control such a developing situation.

Anticipating trouble, I had sent my supervisor to local police station to inform the station in charge of the developing situation and to send adequate help. I had very good relationship with the local administration and the in-charge of police station immediately sent a contingent of policemen.

The CISF authorities were baffled by the huge number of aspirants and were not able to decide a selection process. Meanwhile, all the aspirants amassed outside our township gate. They were all waiting for the results of the physical test they had undergone. CISF officials could not announce the results as the number of participants was so large that they were not able to assess the suitability of candidates. An interim alternative was thought of, and it was conveyed to the aspirants that the results of the physical test will be notified in the local newspaper as well as by mail to their respective addresses. They were also told that based on the result of the physical test, a written test will be organised. By this time confusion, miscommunication, and mistrust had spread among the aspirants. They stressed that since an announcement at a later date will lead to malpractice, the results should be announced the same day, right then and right there. Any amount of counselling did not convince them. Slowly the gathering turned into an unruly mob and what happened was what we feared most. They started shouting and few of them resorted to throwing stones at us. Once the stone throwing began, it resulted in the whole mob pelting stone at us and the township gate. To add to our woes, sufficient building material was lying outside township gate on the roadside. It was late evening and the situation was getting worse. We requested the police-in-charge in charge to disperse the crowd, but he too looked helpless. He had limited manpower with him and getting more manpower from the station would require time and the situation here was getting uncontrollable. Then we decided to use force and police along with CISF personnel and few of our enthusiast able-bodied employees retaliated the agitators. With great difficulty they dispersed. Probably God was with us. The evening was getting dark by the hour and the mob thought it prudent to disperse.

It was a nightmare which is still alive in front of my eyes. It is needless to say that the incident was followed by an enquiry and the in-charge of CISF was transferred from AuGPS.

The issues which triggered such a situation were a few basic factors which were not adhered to:1. The executors (CISF Authorities) did not take us into confidence before such a recruitment drive.2. There was no planning as to who many people and what method.3. The execution was poor because the planning was poor.4. The executors neither had adequate expertise nor manpower.5. No contingency plan was thought of.

However, as an HR professional, the lesson I learnt was that you do not know when such an incident may take place, maybe for no fault of yours but once you are into the problem, no blame game shall help you. The immediate priority is to resolve the issue jointly. HR professionals should be very sensitive to even small events, feedbacks, reports and keep our eyes & ears open all times as antenna which may capture the moods of the people in & around and take immediate remedial action to avoid such major catastrophe. Further, proper liaising with all external agency such as Police, local administration and maintaining communication with them is crucial for resolving such issues.

« The Case of 2 IT Pros
Comments
Lovies