Sometimes in life, you hear from someone a story from his childhood without him knowing the kind of role you played in the making of the story. 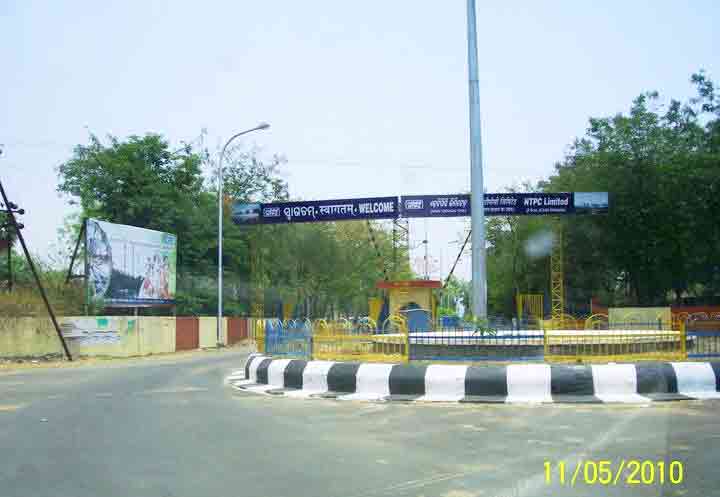 During a recent visit to a site, almost 20 years after the glorious project days, while passing around the beautiful fountain in front of the township gate of NTPC's Talcher Kaniha Project in Odisha, the driver of the car narrated his childhood memory of an incident. The incident has become a story of the past. People involved in that fateful incident are now faithful old employees of the company. Although many people might have forgotten the story, there are others like our driver, whose words triggered open a floodgate of vivid memories. We smiled at each other while showing our Identity (ID) cards to the security guards for entry to the township on our way to the Guest House. I closed my eyes and the old incident replayed like a movie in front of me.

The winter morning was not so cool for my boss, the then Chief Personnel Manager, who had got a call from the General Manager,the project head, regarding a blockade at the main gate of the Permanent Township. He had come back late the night before after attending a review meeting on R&R of the project land oustees. The local MP and MLA attending the meeting had given him an indication that the local people were agitated and were in no mood to allow any NTPC Power project activity to continue and would go for a ‘blockade’ very soon. Little did he know that the so-called ‘blockade’ would start the next morning itself .

The Project Head had already made his stand clear that for a government organization like ours, there was no reason to give in to the undue demands of the so-called project affected persons (PAPs) for permanent jobs to all the members of their family, enhanced land compensation, free water supply and free electricity to all the affected villages over and above what was agreed in the R&R plan duly approved by the Govt.. The call of the security supervisor from the main township gate made the picture clearer. Approximately 500 females of the local community had already gathered in front of the township gate and were not allowing movement of any vehicles as well as the township residents, employees and staff of the main contracting agencies out of or into the township. The unauthorized house/structure just in front of the main township gate had become a safe shelter for the agitators.

For this massive national power project, a coal-based power project, with an ultimate generation capacity of 3000 MW (500 x 6), a total of 3736 acres of land was acquired by the State Govt. for the Main Plant, Ash-Dyke, Merry-Go-Round (MGR) - Coal Transportation System, Township, Rehabilitation Colony and other facilities.

That day, the CPM could not finish his cup of tea which he normally cherished with his wife every morning. He found the GM of the project already waiting for him at his bungalow lawn. On reaching the township gate complex, the CPM realized that it was a crowd of approximately 1000 village women backed by a left-wing activist notoriously known for anti-project activities.

A formal assessment of the ground realities was to be sent out to higher ups in the government machinery. Sending the letters to these officials was a difficult task, as the agitating women folk were in no mood to allow anybody to go out of the township gate. It was then, that his social contact came to his rescue. He noticed another land oustee and an ardent critic of the agitating leader, standing at a little distance. He somehow convinced this person that the letters were to be delivered urgently for the benefit of all the local people and shall expose the ulterior motive of agitators. He told him, “Aita gote mouka. Jadi tu thikthak karidebu,to bhabisyat banijiba” (this is an opportunity for you. If you succeed, this will make your career). To this,the fellow happily replied, “Apana nisthinta Ruhantu, ghante dedhaganta re letter nischaya diaheijiba” (Sir, be sure that the letters would definitely be delivered within one and half hours’ time). The person vanished from the spot with all the letters.

Nobody seemed to pay any attention to the appeal of the CPM and the crowd was growing in numbers and loudly raising anti-project slogans, “NTPC Hai Hai” ...

The OIC of local Police Station arrived on the spot and, received a huge round of applause as if the real leader had arrived. He was known for his corrupt links and it appeared as if he was waiting for an opportunity to settle some score with the CPM. By that time a couple of other incidents had already created some commotion and had led to a confrontation between the residents and agitators. A Milk-Van was not allowed to enter the township and subsequently, a small kid from one of the nearby affected village needing emergency medicare found that the pharmacist, a land oustee himself, was not available as he could not come to the hospital because of the blockade. In addition, all the school buses carrying school children from the nearby villages were also asked to go back by the agitators

It was beyond the comprehension of anybody, what happened afterward. A Public Address (PA) system was arranged for the visiting District Magistrate(DM),who reached there with the Sub-Divisional Police Officer (SDPO), to address the agitating public. But the crowd was in no mood to listen. The agitators started abusing the District Officials accusing that they have been bribed by the Project Management. Soon after, they started pelting stone and creating an unprecedented scene. The gravity of the situation, eventually, drove all the officials to be escorted back to the Security Cabin. The SDPO, a young IPS Officer after a brief discussion with the DM, decided to go on the offensive and ordered for lathi charge.

It was noticed that the thatched-house structure in front of the gate, which still stood there, in spite of several notices for demolition by NTPC, became the shelter house for the agitating-village public and was working as the nerve center of the agitation. The CPM briefed the DM and SDPO that the house owner had already received full compensation and rehabilitation assistance as a homestead oustee, but not vacating the house. Eventually, the house was at the center of all anti-project activities. The unauthorized structure was also obstructing smooth passage for the township residents.

On being chased down by the lady police force, the agitating village folk went inside the house and soon came back with bowls and buckets of hot water, throwing on the police. They also abused in filthy language shouting ‘Saale Chor, Bhag jao, Ghus-Khaeho’ (Bloody thieves, get lost, bribe-takers).

In the incidence, the SDPO got hurt. It was then that the Police launched a major offensive. The DM got a call from higher authorities asking to restrict the force and to suspend all operations. However, by that time the agitating folk had almost fled away and hardly anybody was present there. It was agreed by the whole team that the structure in front of the gate needs to be demolished at any cost. Manager (HR-ER), the trusted lieutenant of the CPM, met the house owner, who was an eighty-year-old person. He was taken into confidence and was made to understand that he should change his nomination in favour of his granddaughter, instead of his son, who was not eligible for a job in the company.

The granddaughter was given a job and the structure in front of the gate that stood as a symbol of defiance was removed.

When the driver told us fragmented parts of this story that was all a part of building a project and being a part of history, It felt like he was telling the story of "Sholay" to us, his passengers, without realizing that they were Saleem and Zaved.