In NTPC, a large number of measures were introduced right from the inception to ensure the welfare and growth of not only employees but also their family members. Such efforts included energizing Ladies Welfare Organizations, sports competitions for children of employees, coaching facilities for competitive exams for children besides making available good educational facilities at projects. We innovated substantially, with involvement of employees, their families and the HR executives in the field and based on the feedback and appraisals took a lot of initiatives to update the services that were being provided. 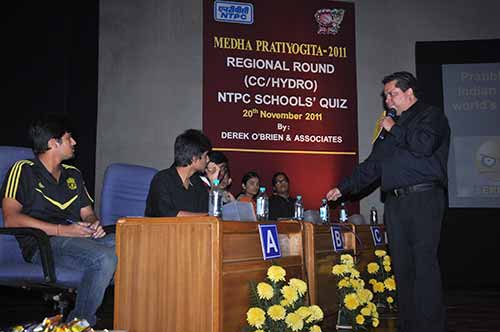 As most of the Units were established in remote coal pit head areas, the townships had to be endowed with the best of facilities to ease the concerns of the families. They were handled with a lot of concern and in various innovative ways, coming mostly from them, to win their emotional support and also give respect. Children’s' all round development was handled with new ideas coming from parents themselves: Plant, Regional and National level Quizzes by the best of Quiz Masters like Derek O'Brian, who was retained for several years to establish the practice and generate pride.

In the finals, every year, we would invite the parents of the Stations' school children in the Delhi Auditorium, to watch their young ones perform at the national level, that too performing with the no. 1, Derek, as the Quiz Master. It may sound very simple but it did have a great impact on the children, the employees and their families.

Sponsoring children to other National level events, News Creation and Daily News reading on our Township cable TV by employees' Children, coaching facilities/ support in desired location like Kota, theatre workshops during the summer holidays by NSD, Raising Day participation with art and fanfare, Quality Circles in Schools, Inter School coordination meetings of Principals and HR, and Teachers' Training for continuous development, Rewards and Recognition Schemes for the children including excellent scholarships for higher education ... the list could go on! 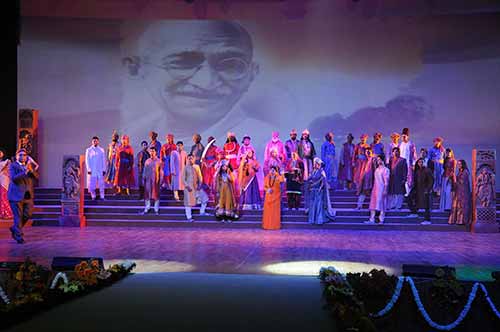 I recall, year on year, the Raising Day celebrations had a cultural programmer delivered by the children and families of all Units and Regions. 200 to 300 children would participate, combine on a common theme or story and perform things like dance-drama in Siri Fort Auditorium, under the able guidance of a choreographer of international repute, who would hop from unit to unit, select, brief, train and integrate them. Children and parents would pray and vie for a seat in the select list.

The art, glamour and aesthetics were of such high standards that guests from the city of Delhi would exclaim in awe! So much pride would be generated ... attained through achievements and intimacy in relationships.

People would work for months. This became a coveted opportunity. I always made it a point to associate myself closely and be visible all over the place. I still recall the evenings after the show or the next day, bidding farewell to 300 participants. The children and parents would become so emotional, having bonded over the period, having connected with each other through a common medium. One could see them hugging each other wishing them farewell, exchanging mail ids and many with tears in their eyes for having formed new bonds.

We found so much of talent in the children that we decided to motivate them by recognizing their talent by creating a compilation of the achievements of the children who could also act as examples and role models for others.

We invited all those cases of our children who had participated in Quizzes, Festivals, Debates, Art, Fine Art, Sports, Games or Academics at State level or National levels. There was an overwhelming response and our mail boxes were full!

When Akashi, a high quality compendium like a Coffee Table Book created by Hindan and his team, came out as a compilation in the hands of all children and parents, their success stories written in golden words, the townships became abuzz with a sense of achievement and pride!

We wrote to each child who was included in the edition, sending them a personalized copy of this Coffee Table Book, and also wrote to all the Principals of each school in townships all over, sending them a copy for their libraries!

Catering to social needs of employees was a prime HR responsibility. The forums were created for helping employees meet their social needs such as Employees Welfare Associations, excellent quality Clubs, and Libraries, etc.

There was another little experiment we did to involve the families on all occasions.
Wherever NTPC commemorated or celebrated special occasions like Silver Jubilee, etc., we would ask the spouses about their preference of a gift that they would like NTPC to give.

Many a times when we decided to give gold biscuits, or a preferred kitchen equipment, it was of the spouses’ own choice. There used to be a wave of appreciation coming from families for even small things like these ... a sense of belongingness was created without much effort from the side of the management.

Concern for Employee & Families: Small made Big
Extracted from:
My Experiments with Unleashing People Power
By K.K. Sinha