Ingenuity and creativity comes from the need to perform tasks that others would consider impossible.  In order to perform these feats of magic, you need to develop a 6th or a 7th sense. That gives you the ability to think outside the box.

To build and operate a power plant, hundreds of people from completely different backgrounds and work on thousands of pieces of equipment that were each designed by people with incredible imaginations.  But to fix, repair or operate some of this equipment, the most obvious solutions are many times not the best solutions. Many times the maintenance engineer who is day in day out wrestling with some or other problem is actually at the cutting edge of technology development.

Let's take the following example of a conveyer belt. 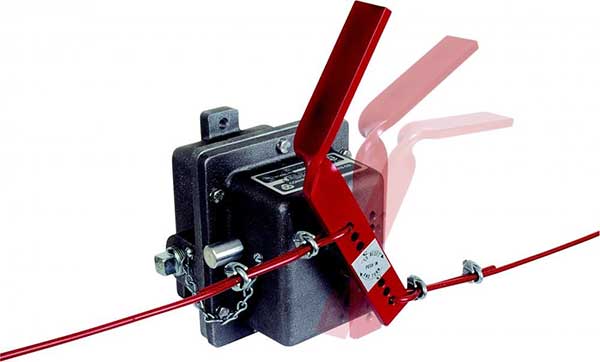 Imagine an escalator that takes people from one level to another level in public places. It is a continuously moving staircase. If you come and stand over it, it will take you to the next level or bring you down to the lower level. A conveyer is similar to an escalator. It is a continuously moving belt between two points. If anything is put on the conveyer belt, the belt takes it to the end of the belt. But unlike escalators, a conveyer is much too longer in length. A motor or a pump, which is located in one small area, and one emergency stop switch near the motor or the pump is adequate and sufficient for switching off the equipment if there is unsafe or undesirable operating condition. For a long conveyer, - let’s say 100 meters long - it is necessary to provide an emergency stop at regular intervals along the length of the conveyer, that can be operated from any point along the conveyer. This is provided by a series of "Pull Cord Switches" every 10 to 15 meters, which are mechanically tied to each other by a cord. The name "pull cord" comes from this cord. Thus from anywhere near the conveyer, if you pull this cord, you can operate one or two nearest switches and this can be wired to trip the motor and stop the conveyer. 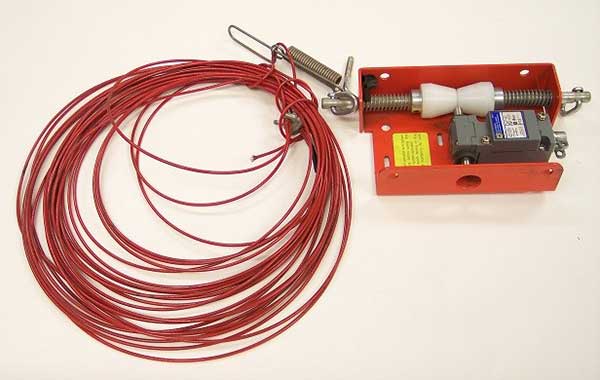 Coal handling plant of a power plant I was working at, belonged to the pre-PLC era. It had long conveying system without PCS monitoring. Every time after any PCS operation, the control room did not have any indication as to which one of the several PCS had operated. Like any emergency tripping mechanism, these pull cord switches must be manually reset to restart the conveyer. For resetting the pull cord switches, the operator has to walk over to the conveyer, inspect each switch and ensure that all the pull cord switches are reset before the conveyer can be restarted. Coal feeding could be resumed only after physical inspection of all PCSs in the system. Thus, precious operation time was lost in locating and resetting PCS. Thus a need for the PCS status monitor. However, installation and commissioning of PCS monitor required extensive cabling from each PCS to control room. For a plant with multiple number of long conveyors, the cabling requirement was in kilometers needing huge investment and extended timeline of execution. A conventional solution required so much cabling that the initial estimate touched a crore, with an extended schedule of procurement and installation.

Although no one forced any one to find a better or cheaper or a quicker method, I wondered if there could be a different approach. The sheer pleasure of the intellectual wrestling that you have to do to think out of the box is at the very crux of the Indian "jugaad" mentality. Several things happen in tandem when we go through this kind of an intellectual pursuit. First, we are lazy and we hate buying which is messy, time consuming and yes it involves lot of money. Second, it is an opportunity to do something as "you" think, not as your boss or someone else. Third, if it works, there is recognition. And lastly, if you can think of a solution within the available resources, you can start experimenting immediately and the immediacy of gratification is very exciting.

But if your imagination flies, the engineer inside you gets a huge kick out of it. Recognition, reward, benefit, everything else becomes secondary.

For a moment, let's see what we have.
Let's say for a 100 meter long conveyer, we have 10 pull cord switches connected every 10 meters on a cable whose resistance (of the full 100m length) is approximately 2 to 3 ohms. Between two switches, the cable resistance is 0.2 to 0.3 ohms. Making an accurate low resistance measurement was impractical and unreliable.

The only way we can know which PCS has operated (without using separate cables for each PCS) is by ensuring that each switch when operated “does something different” from the rest of the switches and measure "that difference" using the existing cable.

With that in mind the problem was looked at.
It was seen that, each PCS had a set of “NO” and “NC” contacts. In the existing scheme, the NC contact of each PCS is used for control circuit (connected in series) of contactor D such that the contactor is energized when all PCSs are reset, and de-energized when one or more PCS operated.

All the normally open contacts of the Pull cord switches were left unused. Now let's say we connect a 1 kohm resistance between this unused NO contact of the first PCS and earth. Similarly, 2 Kohm for the second switch and 3 Kohm for the third switch and so on till 10 Kohm for the tenth switch. With this arrangement, every PCS will "do something different" when operated and this "difference" can be measured from the control room.

For the purpose of PCS monitoring, the unused Normally open contacts of all the PCS switches were used in such a way that, if a PCS was operated, then the resistances mounted inside the PCS gets connected between the common wire and earth. With that done let’s get back to the control room.

Let's say the 7th PCS has been operated. Remember there is a 7 Kohm resistance inside this PCS. Now if we do a resistance measurement with a multimeter between the common wire and the earth, we will get 7 Kohm.
Under normal conditions, the PCS circuit is energized at 230volts AC. This must be temporarily switched off to make this measurement.

A multimeter to read 1, 2, 3 ... 9, 10, for resistance measurement of 1 Kohm, 2 Kohm, and 3 Kohm etc. was left in the CHP control room. A switch mounted in the control circuit was used to de-energize the circuit before resistance measurement was done. With this arrangement, the control room operator could know the location/ number of operated PCS immediately after operation of PCS protection, as the new "instrument” directly showed the location of actuated PCS switch. Coal feeding to plant could be resumed in very short time.

A conventional approach would have required nearly a crore. This approach used an old multimeter and a few resistances - literally nothing.