What surrounds what in “Surround Sound”, and why is it so called?

Why a typical surround sound system is called a “5.1 system” ?

A little bit of history of “sound recording and reproduction” will help to build a context to answer these questions meaningfully. Here it is. The method of recording sound and reproduction evolved between 1920 to 1945. At around 1950, two things were achieved.

During those days listening to quality musical performances was only possible live – you had to be there at the performance. For a long time AM Radio stations reached out to millions by replaying recorded sound of such performances. Radios of those days, had one small speaker. Since all sound (instruments and the voice of the vocalist) come from this speaker only, this mode of listening was called “monaural” – meaning “one sound”. 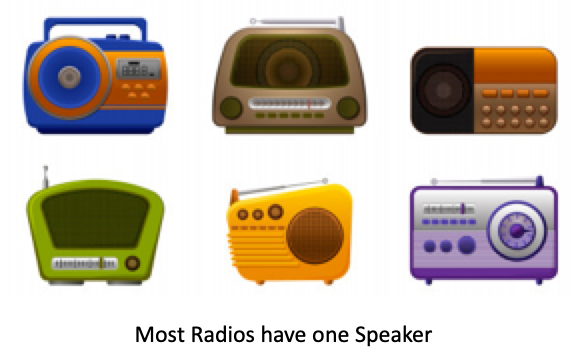 This was poor in quality and lacked realism of live performances. In contrast, when you are at a concert sitting on a front row chair, you are watching and listening to the performance at the same time - the experience is lively, natural and very different from the monaural listening to a radio or tape recorder. Why is that so?

Because human beings have two ears. Let me explain.

At a live performance, your left and right ear receive sound from the performers a little differently from each other. For example, a sound coming from your left may reach your left ear quickly and directly but the same sound could be reaching the right ear indirectly (after reflections from walls etc.) - and therefore after a small delay (however small that delay might be).

The small time delay between sound, reaching our two ears makes a world of difference to our perception of sound. When processed in our brain this difference give us a sense of direction and a measure of distance to us. Which means you get to know which instrument player is sitting on left of the stage and who is sitting on the right of the stage, and also how far they are from where you are sitting. All animals having two ears have this natural ability - to know the direction from which a predator is coming from and to have a sense of how far the danger is. 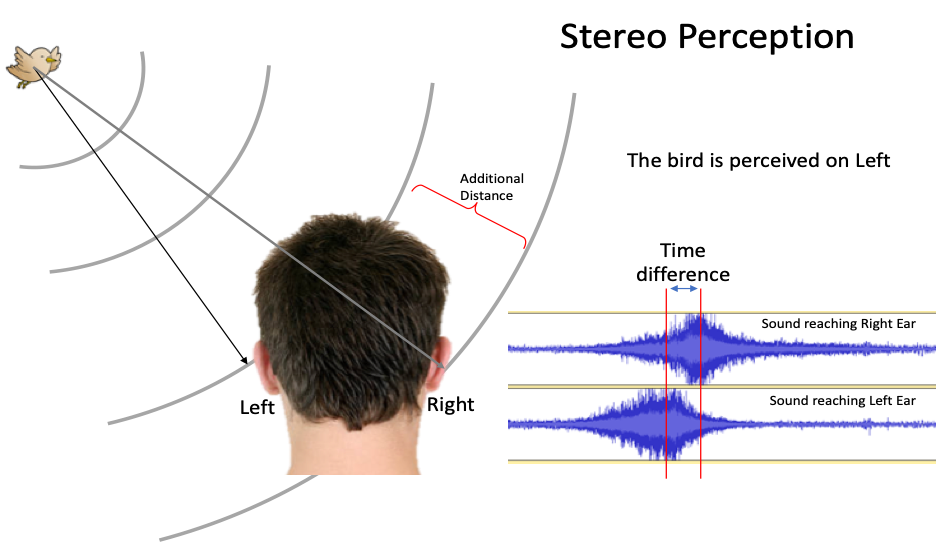 To recreate live listening, it was not difficult to imagine that each source of sound should be independently recorded and reproduced by speakers placed locations such sources were while producing the sound. But having a large number of recording channels to record each instrument separately was both impractical and costly. It was also not difficult to imagine that at least two speakers are required to recreate “some realism” of live performance. That is the simple basis of why most performances were recorded on many channels but finally reproduced (mixed) on two channels. Although, the fidelity of such a system is not as good as the original, nevertheless it did recreate the experience of live performance to some degree. Such a system is called the classic "two channel stereo system".

There are three components of any audio system - a microphone (for recording), an amplifier (for amplifying the signal) and, a speaker (for generating sound). 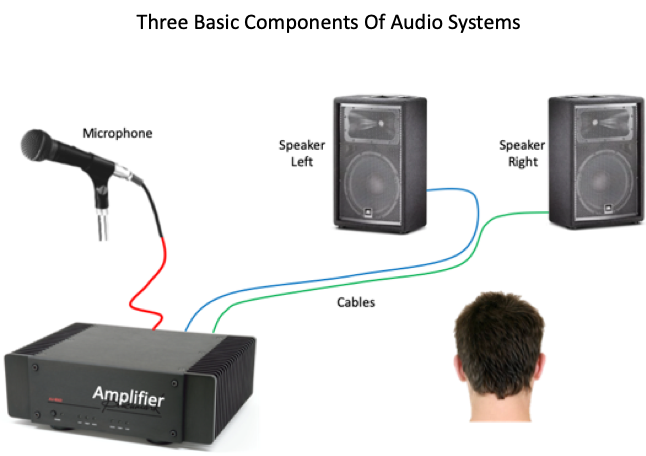 For a long time the movie industry used this system. And this was working fine for the movie industry because the viewer was watching the movie like a stage performance - through a frame where everything is happening in that frame. As movie making became more and more realistic, this method was not recreating enough realism and that was not working for the modern movie industry.

Now imagine a war scene, in a Hollywood movie. Here the director wants you to be with the solders on the battle field. So if there is a gunshot coming from behind, it must come from behind - from where you are sitting in the movie hall. Or imagine a high speed car chase. Here the director wants you to be in the car with the hero. Here the sound of the police car and it's siren must come from behind. If the police helicopter flew in from behind your left and flew out to your front on your right, the sound must follow the helicopter. The standard two channel stereo system was designed for a situation where the listener is watching a performance on a stage – but not for a situation where the listener is immersed inside a space where he is surrounded by various elements that produce the sound. The challenge now was to upgrade the system so that it will surround the listener with sound, a system typically meant for theatres. Hence the name - Surround Sound.

Conceptualizing such a system was not difficult. It was as simple as increasing the number of channels of recording and reproduction to typically 12 to 16. But as more and more tracks of recording and reproduction get added, the cost of the sound reproduction system become more and more. As Hollywood movies with such surround sound were produced, only premium theatres, professional enthusiasts and commercial establishments were equipped to enjoy the magic realism of such movies. The high cost of the system due to multiple channels of amplifiers and speakers kept the surround system away from the reach of the general public.

How the cost of such a system was reduced and how a system meant for pro-theatres landed in your living room at a much lower cost, will be our next story.